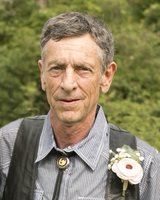 Barry Wellington Whytock of Kinloss Township, passed away at his home, unexpectedly, on Saturday, December 26th, 2020, at the age of 66. Beloved husband of Joanne Whytock (née Marks). Dear father of Leon Whytock and his wife Jenn and their daughter Isla of Pembroke and Thomas Whytock of Waterloo. Missed by his siblings, Gary Whytock (Brenda), Ruth Dore (Ron) and Wayne Whytock (Kim) all of Teeswater. Fondly remembered by his mother-in-law Janice Marks and brother-in-law Gerald Marks (Connie Burke) all of Wingham. Also survived by many aunts, uncles, nieces, nephews, cousins, neighbours and friends. Predeceased by his parents, Everette and Ivy (née Husk) Whytock and father-in-law John Marks. Following Barry’s wishes cremation has taken place. A private graveside service and celebration to honour his life will be held this coming summer. Memorial donations to the Lucknow & District Fire Department would be appreciated as expressions of sympathy and may be arranged on-line or through the funeral home.