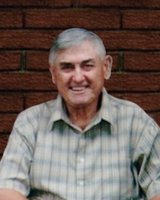 It is with deep sadness the family of William (Bill) Stewart Mulvey announce his passing at the home he built on Saturday, May 22, 2021, in his 84th year. Beloved husband of Nancy (Sothern) Mulvey for nearly 60 years. Loving father of Jeff and Carol Mulvey of Ancaster, and Cindy and Paul DeVries of Fordwich. Cherished and proud grandpa of Grant Mulvey and Scott Mulvey of Ancaster, Karissa DeVries and her fiancé Jordan Kroes of Drayton, and Craig DeVries of Listowel. Survived by his brothers, Murray and Cathy Mulvey, Barry and Penny Mulvey, Peter and Grace Mulvey, Keith and Rita Mulvey. Also survived by his sister-in-law Sharon Sothern. Fondly remembered by many nieces, nephews, extended family, neighbours and friends. Predeceased by his parents, Harry and Elma Mulvey, Nancy’s parents, Bill and Jean Sothern, and his brother-in-law Gary Sothern. Bill resided in Belmore for his entire life. Throughout that time, he made many lifelong friendships. Everyone was always welcome at Bill and Nancy’s for a visit. Over the years, he was an active member of the community including a baseball and hockey coach, helping with the annual syrup festival, a board member for Belle Haven apartments, and volunteering with other organizations and community events. Bill was a lifelong Masonic member for over 60 years and had the distinguished honour of being DDGM for the North Huron District in 1989. He was most passionate about family and especially his grandchildren. Whether taking them for ice cream or a drive to the local parks, he loved to spoil the “kids”. They always knew they could count on Grandpa to offer his support and wisdom as they were growing up. A private family service to honour Bill's life will be held at the Tiffin Funeral Home, Teeswater on Thursday, May 27th, 2021, with Rev. Jeff Hawkins officiating. The funeral service will be recorded and a link will be available on Bill's webpage on Friday, May 28th. Interment Wroxeter Cemetery. Memorial donations to the Belmore Community Centre (cheques payable to "Township of Howick") or the Wingham & District Hospital Foundation would be appreciated as expressions of sympathy and may be arranged on-line or by contacting the funeral home.