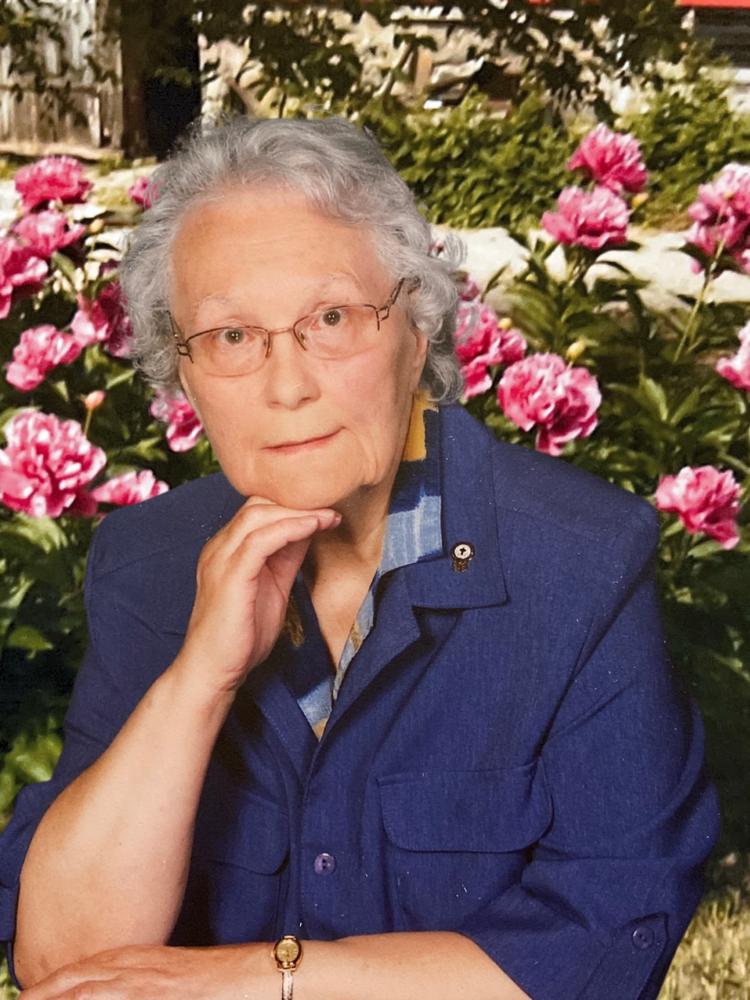 Mary A. Schiestel of R. R. #3 Teeswater passed away peacefully, with family by her side,  at Wingham and District Hospital on Tuesday, September 6th, 2022, in her 90th year.

Beloved wife of the late John N. Schiestel, who predeceased her in 2010, after 49 years of marriage.

Mary was born on March 15th, 1933 outside of Hearst, Ontario.  She lived in several log cabins with her parents and siblings while her father cut pulp wood.  The family then moved into Hearst and in 1948 moved to a farm north of West Lorne, Ontario.  Mary was a bank teller then a school teacher for 6 years.  She met John while teaching in a one room schoolhouse outside of Teeswater.  They were married in 1961.  Once they started their family, Mary stayed home to raise the family and help run the farm, where she still lived prior to her death.

Visitation will be held at the Tiffin Funeral Home, Teeswater on Sunday from 2-5 p.m., with vigil prayers at 4:45 p.m.  Mass of Christian Burial will be celebrated from Immaculate Conception Roman Catholic Church, Formosa on Monday, September 12th, 2022 at 11:00 a.m.