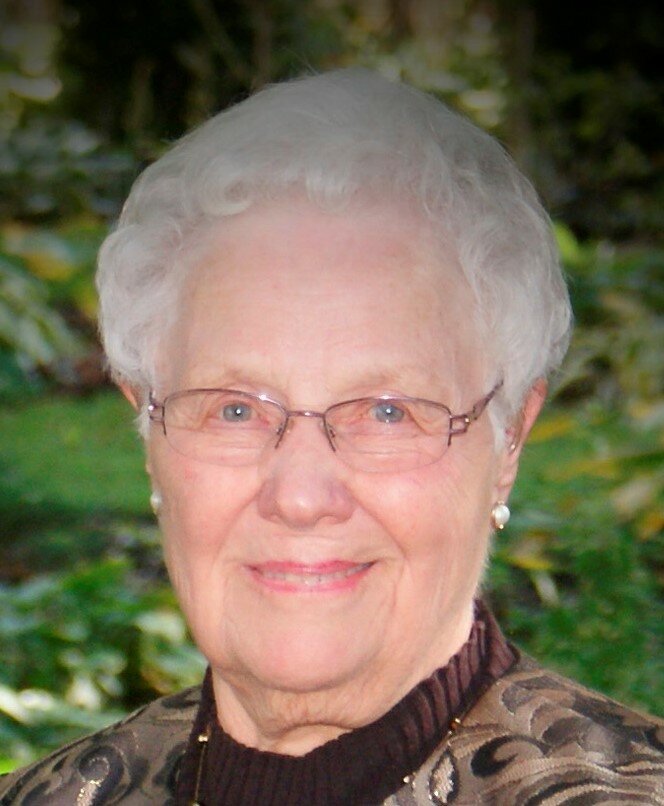 Fondly remembered by her brother and sisters in-law Mac and Norma Inglis, Dorothy Filsinger and several nieces and nephews.

Ellen was a Grand lady and served her family and community in a selfless manner all through her life.

Growing up in Carrick township on the farm was where the roots of her work ethics began.

She was known as a stellar third baseman for the Clifford Swing Skirts Ball Team, who won a WOAA title.

Throughout Ellen’s entire life she worked and volunteered endlessly for her church and community. Being a life member of the McIntosh UCW and had many years of volunteering with the Belmore Catering Group as well as private catering with her good friend Rosa. “Their Motto was never run out of food and sprinkle paprika on the potato salad to make it pretty”.

Ellen was recognizable “as the head pancake mixer” with her blue hat and white pompom for many Belmore Maple Syrup Festivals.

Ellen and Bruce lived at Belle Haven apartments in Belmore for many years where she continued to be an ambassador with the residents. Driving folks to appointments making and delivering meals and planning potlucks in the common room.

The big yellow school bus had Ellen at the wheel for 25+ years. Ending her career driving some of her own grandchildren to and from school.

Ellen was a “Matriarch” in the community and the glue for her family. Her great grandchildren knew her as “Grandma Great”

Visitation will be held at the Tiffin Funeral Home, Teeswater on Sunday, from 4 – 9 pm.

The funeral service to honour Ellen’s life will be held at McIntosh United Church, on Monday, November 14, 2022 at 11 am.

A private family interment will take place at a later date.

Memorial donations to the McIntosh United Church, Belmore Community Centre or the charity of your choice would be appreciated as expressions of sympathy.